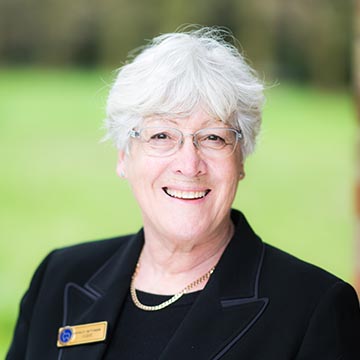 Introduction: not vet. 15 years experience probably seen over 350 births over the years.

After 3 spit offs we do a scan at 45- 60 days from Last Mating Date.  We also advise checking again at the end of winter. Likely time to lose a pregnancy is 45 to 60 days. Hence we tend to advise travelling home after 60 days. Monitoring pregnancy status is a frequently overlooked aspect of herd management.

Birthing location and time of the year.
Temperature, rain/snow space facilities and personnel
May-July > birthing paddock. Large shed – birthing box and several people watching. For us, we usually sheer in May and like the females to have been sheared before giving birth.
High temperature with a combination of not being sheared causes a potential problem for females.
Moving pregnant females can be stressful if they are not moved with companion animals.
Low temperature possible concern for the cria.  Will lose heat rapidly. If both in cold wet environment best to move them indoors or under cover.

Prebirth booster for the dam 2-4 weeks prior to the delivery. Antibodies will be concentrated then in her colostrum. The higher the immunoglobulin concentrations in the colostrum the better the passive protection for the cria.
Heptavac, lambivac, covexin 8/10
NB 60 day window

BCS Identify “skinnies” score out of 5.Optimal condition being /3 as they go into the winter. Assess straight line for dorsal spine to tip of transverse process

Very little is known about what factors trigger labour in the alpaca. If alpaca follows same patterns found in many species, cria probably initiates delivery. His/her brain releases factors that after hormone production by the placenta. Which in turn causes the corpus luteum to regress, the cervix to dilate and the uterine contractions begin. Three hormones that play key roles in this process are cortisol prostaglandin F and oxytocin. Note that some of these compounds are available as medication and can cause an abortion if inappropriately given to a pregnant alpaca. Work with your vet if your alpaca needs medical treatment and weigh up the consequences for the dam if the condition is not treated.

A high percentage of alpaca births will occur during the day majority of our births are before are before 3pm. Pay attention is alpaca to alpacas starting labour during the evening. Many can have normal birth but it appears that incidence of DYSTOCIA (difficult birth) increases with late afternoon and evening births.
This is continuous of birthing patterns observed in the ancestors of the alpaca. i.e. delivery during the warmer daylight hours increases cria survival by decreasing deaths due to hypothermia during the cold Andean nights.

The uterus begins to contract and the cervix dilates 1-6 hours. Not obvious- many alpacas will continue to graze normally- some may show signs of discomfort such as moving about restlessly, standing up and lying down repeatedly or excessive humming. They may try to separate themselves from the rest of the herd. Other indications may include multiple trips to the dung pile and the straining with or without urination and defecation.

The foetus enters the birth canal. The uterus and abdomen contract in a coordinated manner and the foetus is forced out through the cervix and vagina. Seeing the water sac (amniotic membranes and fluid) bulging from the vulva, followed by the nose and front toe is a good sign of imminent birth. Stage 2 is fairly rapid, the cria is usually born within 60 minutes. Most alpacas will be in stage 2 labour for less than 30 minutes. Once the foetal head and feet are seen projecting from the vulva birth should be completed within 30 minutes.
Explain 15 minute rule

Usually occurs within 4-6 hours following parturition some females maybe uncomfortable until the placenta has passed and may not allow the cria to nurse.
In our experience we have never had one retain the placenta in 15 years.

Normal presentation- head with feet underneath back of cria is against the back of the dam, two front feet extended with the head between the feet.
Note that the cria does not come straight out but follows a curved downward path. If traction is needed to assist in delivery, the cria should be pulled both back and down simultaneously in the path the cria would follow in a normal birth.

Routine care of the cria

Observe . Then hands on. You should then be able to say ‘this is a normal cria’.

newborn should breathe 20-40 times a minute. You shouldn’t hear any wheezing ,coughing or choking. If cria is mouth breathing it is an indication of possible problems. ( choananl atresia) If fetal  membranes are covering the nose, remove them.

Not too hot,not too cold. Move to shade if excessively warm. Move in side if shivering or pop a coat on.

Most crias attempt to stand within the first 30mins. After several attempts most will be walking by 60 mins.

A few drops 1-2 hours after birth is possible. Any more than that use your clip or tie with cotton/string!

Expect to see the cria on its feet and attempting to nurse within 60 minutes following delivery. By 4-5 hours post partum the cria should have located the mammary glands and figured out how to feed.

Laxity of flexor tendons or joints

Look at the legs. Should be reasonably straight and should walk upright on its feet. Some are a little knock kneed. Pay particular attention to the cria that has joint problems( swollen or deformed) and or has dropped pasterns.  These crias may need assistance. Keep in a confined space so don’t have to move around so far to feed from mum. We give a nub of ADE paste as a precaution.

Should be upright . Droopy ears is a common sign of prematurity. Also indication of a weak cria. As it gets bigger the ears usually perk up.

Everything else. Take a careful look at the cria and watch for anything that doesn’t look normal. Abnormal head shape, twisting of the nose, obvious spinal or leg problems, unusual gaits or anything else that catches your eye. A strong cria can sit in a sternal ( cushed) position.

Beware the protective mum. You get to know those! May try to spit at you or force you away from the cria. Have someone with you!

Should weigh at least  12lb or 5.5kg. Bathroom scales not particularly accurate but better than nothing. An accurate initial weight is important in determining if you have a normal cria and as a reference point in checking how well the cria is gaining weight. Weigh same time each day. Should gain at very least 1 lb a week , preferably 1 kg a week. Some people say crias should double their birth weight in the first month. May lose weight initially.

4 teeth should have erupted through the gum line. Possible premature if covered with pink gum tissue.

Take a rectal temperature if you think cria is either chilled or overheated.  Normal rectal temp is 100-102 degrees Fahrenheit.( 30.5 to 31.8 degrees Centigrade)  You then can check if the cria has an opening.  Check for the sex of the cria.

Possible source of infection.  Want it dried and dropped off as fast as possible. Check for a possible umbilical hernia.  First treatment of the navel should be done as soon as possible after birth followed by two additional treatments within 24 hours.  7% tincture of iodine or 0.5% chlorhexidine.  Old film pot!

Should be alert and actively looking for the udder. Difficult to tell if they are getting any milk.  We always check that the dam has milk.  Milk moustache and watch the cria’s tail.
By 24 hours the cria should be alternating between periods of activity and sleep. If the cria is nursing well it will actively suckle every 2-3 hours and should be able to get all the milk it needs in less than 5 mins.  Look out for the crias that nurse every 30 to 60 minutes . Mum might not have enough milk or they are not latching on correctly. Check the cria does have a good suck reflex.
Very important  that the cria absorbs the antibody rich colostrum during the first 18 to 24 hours.  Stomach lining then closes down. Pay attention to crias that are not moving around, are listless or are asleep most of the time.

Dam should stand quietly and not move as the cria pokes around under her belly. When the cria finds the udder the dam will often lean around and smell/breathe on the crias’s rear end. ( another indication of nursing)  If dam is unwilling to allow nursing  and isn’t harming the cria gently milk out 4-6 ozs of colostrum.  Pen them together overnight.  Best to feed that colostrum back into cria.

For even suckling by the cria. Any heat can be sign of mastitis. We prefer not to interfere.  Occasionally we strip out a bit so that the cria can latch on properly.

Check for no obvious tears. Bleeding should decrease to only a few drops intermittently .

Give? Just energy. If in doubt give! Special teats for crias.  We keep sheeps colostrum and have given goats milk from the supermarket when we are trying to supplement the milk for the dam. Can use cow, sheep or goat colostrum.  Balancing act!! Explain.

If in doubt get blood test done by the vet. He can check level of protein in the blood. Not an IGG concentration which takes much longer to get results.

Annual collection on our farm from our steady geldings! Can keep up to three years in the freezer. Help each other with a central bank of plasma.  Transfusion intop the cria we have done at the vet surgery. Intravenous drip.   Some people do put into the abdominal ( peritoneal)  cavity.

How do I get colostrum into the cria?

A)    Nursing from Dam
B)    Suckling from a bottle
C)    Tube feeding – get your vet to show you if you’ve never done it before. Rapid way of getting it into them. Only choice if the cria is too weak to suck.

Feed 10-12 % of body weight per 24 hours spaced into 5 to 7 feeds.  If male cria – fed and walk away.Minimal fuss and left with herd mates.  Berserk male syndrome. Identifies to humans rather than other camelids.